"Pandemic inside a pandemic": How quarantine affected domestic violence

"Pandemic inside a pandemic": How quarantine affected domestic violence Today, the world's media report an increase in violence against women and children as a result of the global pandemic. According to experts, the closure of institutions and enterprises, the closure of schools and kindergartens and the introduction of quarantine have led to an increase in domestic violence, stress and family conflict. Many believe that the government's measures have prevented the spread of the virus, but have exacerbated violence against women and children. "Has the rate of domestic violence increased during quarantine?" Let's look for the answer to the question.

One of such centers located in the capital is "Korgau Astana". The center has been providing shelter and psychological support to vulnerable women and children affected by domestic violence since 2005. According to the head of the fund Anna Ryl, the number of people who called to the center during the quarantine has doubled. 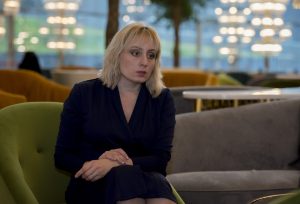 "Before quarantine, we consulted an average of 20 women a month by telephone. In general, the number of calls during the first week of quarantine was small and quiet. However, in the following weeks it increased to 46. In general, we place 5-8 women in crisis centers every month. We received 19 women and 41 children. This is a relatively large number. The affected women live with their children in the center. We provide them with food and household items. In addition to these 19 women, we helped 2 women to rent an apartment', - said Anna Ryl.

In this regard, in her opinion, it is necessary to tighten the law against domestic violence in Kazakhstan, as currently men who assault and beat their wives are limited to receiving warnings. "Our law warn men who have physically harmed their wives. If he hit another person, he would be prosecuted and punished for hooliganism. For example, a women phoned to me, she was beaten for several hours. All her body were bruised but not broken. According to the law, this is a minor injury to the body. Such bruises should be referred to other serious categories, not mild", - she added.

This is not the only center in the country's capital. The Crisis Center "Umit", created on November 1, 2013 under the akimat of the capital, is also visited by many women who have experienced domestic violence. According to the director of the Crisis Center Galikhan Ihsanuly, the number of calls to the hotline on domestic violence during quarantine increased by 32% compared to the same period last year. 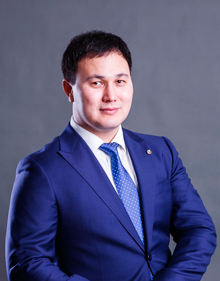 "During the quarantine, the number of calls to the hotline for domestic violence increased by 32% compared to last year. For example, last year the hotline gave 43 advice on violence from March 16 to May 21, this year - 57 advice. In general, since January 1, 78 victims have been admitted, including 25 women and 53 children. Currently, the number of victims is 23, including 10 women and 13 children", - he said.

According to Galikhan Ihsanuly, the center was temporarily closed during quarantine to prevent the spread of the epidemic. During this period, women who had been abused were referred to other open crisis centers in the city.
"From March 16 to May 11, our center did not receive victims. From May 11, we started to receive women again in compliance with all sanitary norms. During quarantine, we sent those who asked us for help to other crisis centers. Since May 11, we have received 2 women and 4 children", - added the director of the center.

Given the above, we see an increase in domestic violence during quarantine. However, let's look at the official data. According to Akmaral Serikbayeva, a senior inspector of the Administrative Police Committee of the Ministry of Internal Affairs, the rate of domestic violence has increased in the country due to the introduction of state of emergency and quarantine measures. According to her, during the first 20 days of quarantine, the number of crimes in the field of domestic relations in Kazakhstan increased by 26% compared to the same period last year. 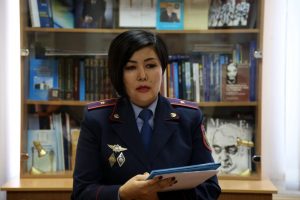 "Analysis of the causes of crimes during quarantine revealed that 70% of them were caused by alcohol. Since the introduction of quarantine measures, excessive consumption of alcohol at home has led to family conflicts", - she said.